An Inline Text interaction presents a candidate with a set of choices or blank form fields, embedded within a larger run of text. The candidate's task is to select the appropriate word choice (if a list is provided) or enter the correct word, number or mathematical expression (if a blank field is provided).

To view a video on this topic, refer to Training Videos.

The following item includes a field with a set of choices and one field requiring text entry:

The specific places of interaction are known as "gaps." In this example, there are two gaps:

Enter the entire run of text in the text editor that appears (1).

Tip: Don't purposefully add extra line spacing, as it appears was done below. The editor adds this line spacing automatically to accommodate the form fields you are embedding in the item.

Click the tab labeled Cloze in the text editor's sidebar (1). Next, highlight the text in the editor ("winter") you would like to convert to a choice (2), then click New Cloze (3). Alternatively, just click where you need the list or text entry field to appear.

Your text is converted to a placeholder labeled Gap (1, below).

Click Submit and you return to the editor. Notice that the Gap is now present in the editor as Gap 1. 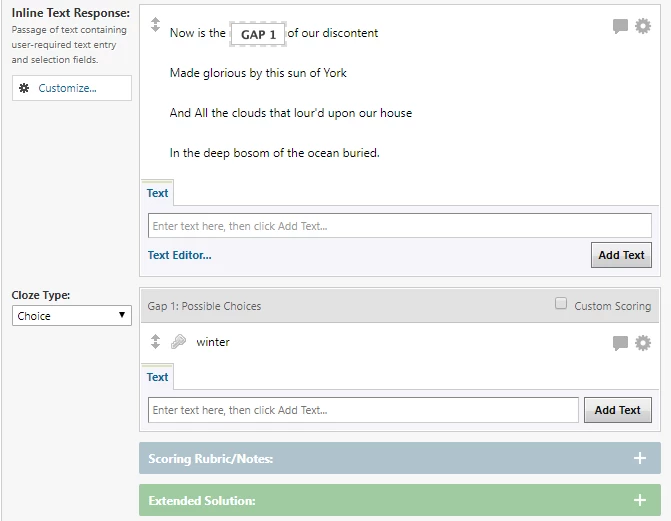 At this point, Gap 1 just has one choice: "winter". To add additional choices:

An inline text interaction may require a simple text field rather than a list of choices, as does the second Gap in this example. To embed a text field, you can add a cloze/gap, and change it to a text entry. 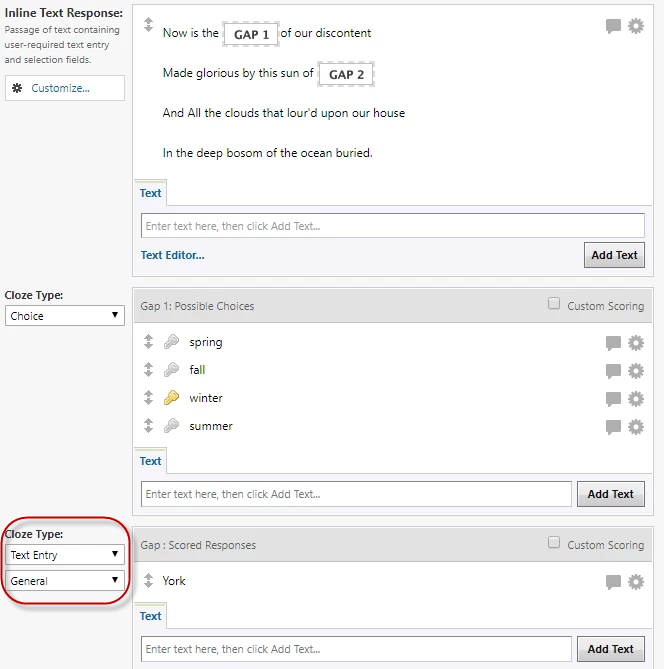 You may add optional multiple responses for a text entry gap, each of which will be scored according to the scoring rules you define. By default, each response is considered correct. In the image below, however, custom scoring is turned on. Gap 2 awards a full point for the case-sensitive response "York", and awards partial credit for the response "york", since it is spelled correctly but not capitalized.

An inline text interaction can also be set up to accept simple integer or decimal values. To do so:

Once the gap is set, choose Text Entry - Numeric as the "Cloze Type."

Preview the result and try it out:

A gap can also accommodate entry of mathematical expressions. For the "Cloze Type," choose Math Entry and enter mathematical responses. For example: 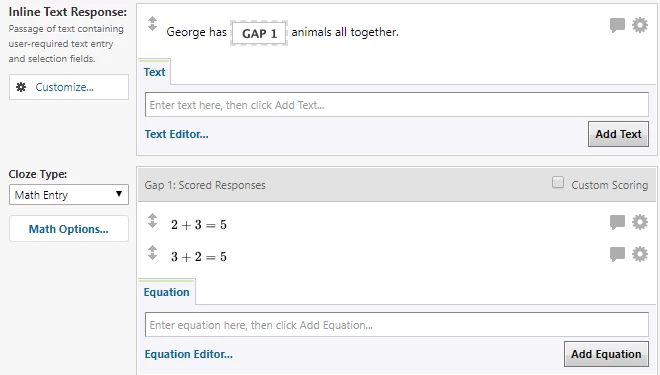 When presented, a math entry item makes a math editor available to the candidate. 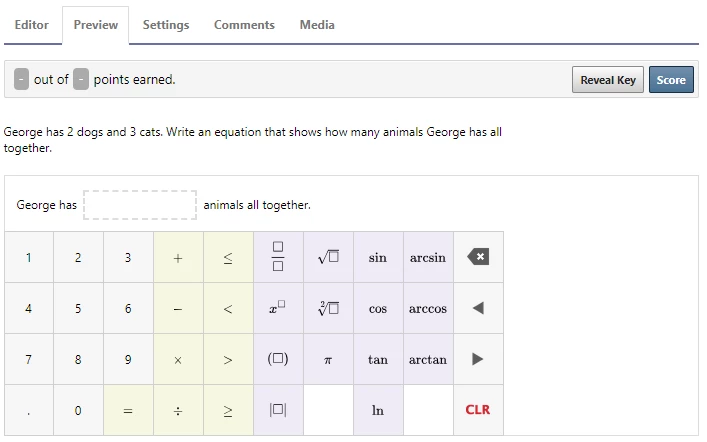 If you want to add additional variables on the math editor, click Math Options on the item editor. The you want give the candidate access to variables that aren't usually a part of

Enter variable names separated by commas. e.g., x,y,z. Any variables you enter will appear on the math editor when the candidate clicks on the math entry field. 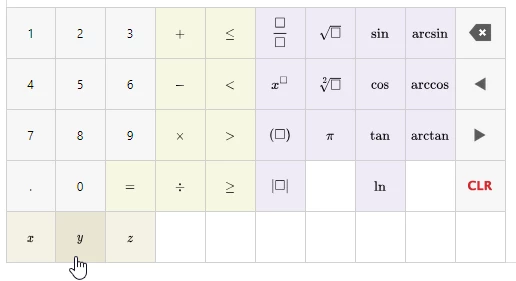